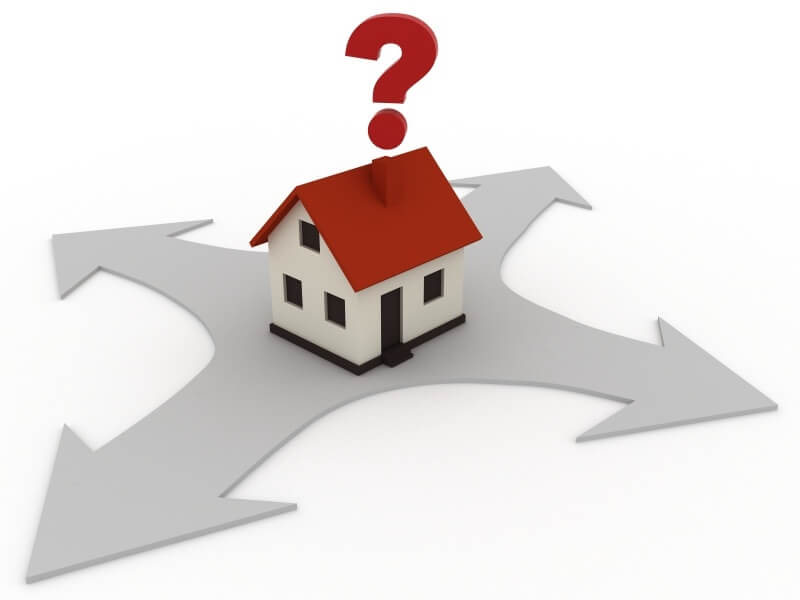 At first, I couldn’t believe my own eyes when I saw the results of the latest real estate research that I have just completed. What I will share with you here will really shock you and it will definitely make you wonder why nobody else is telling you this.

Okay, here is what I had stumbled upon. The whole global economy has been going through a recession for the last few years, and Calgary received its share for sure of losing jobs, decreasing real estate prices, etc…

In 2010 and recently I have been in conversation with many homeowners who happened to buy a property at the peak of our most recent real estate boom in Calgary. The challenge they are facing now is that they would like to sell their property.

Because house prices have declined since they can’t afford to sell or in many cases they have to bring cash to the table. At the end of the day in almost all cases, they have told me that they will just wait for the market to go up again then sell.

This thought just wasn’t making sense for me because what is going to cause the housing market to rapidly take off again? There seem to be more foreclosures on the market than ever before, interest rates are on the rise (we have to start paying for the “bail-out” incentives at one point), plus the government is toughening up on the mortgage qualification rules.

But let’s be the devil’s advocate here for a moment. Let’s assume that the homeowner will wait because that is what their intuition is telling them to do. The big question is, how long will they have to wait for? The answer will depend on many variables, but realistically speaking we can probably reflect on history and see if we can draw a lesson from there.

Calgary’s last noticeable real estate boom came to a peak in 1981 and that year the average price of real estate was $107,878 and for the next four years it kept on dropping and didn’t stop until it lost about 25% in value. In 1985 the average sold price of a home bottomed out at $80,183. If we stop our calculations here it’s already bad enough with losing 25% of our investment dollars. Do you agree?

The truth is that money has a dirty little secret that nobody pays attention to. It’s called inflation. Imagine that you have a bucket with a hole on the bottom of it that is full of cash and the money in it keeps flowing out at the rate of inflation. It doesn’t matter how much you put in at the top, you can never plug the hole.

What is the lesson here? 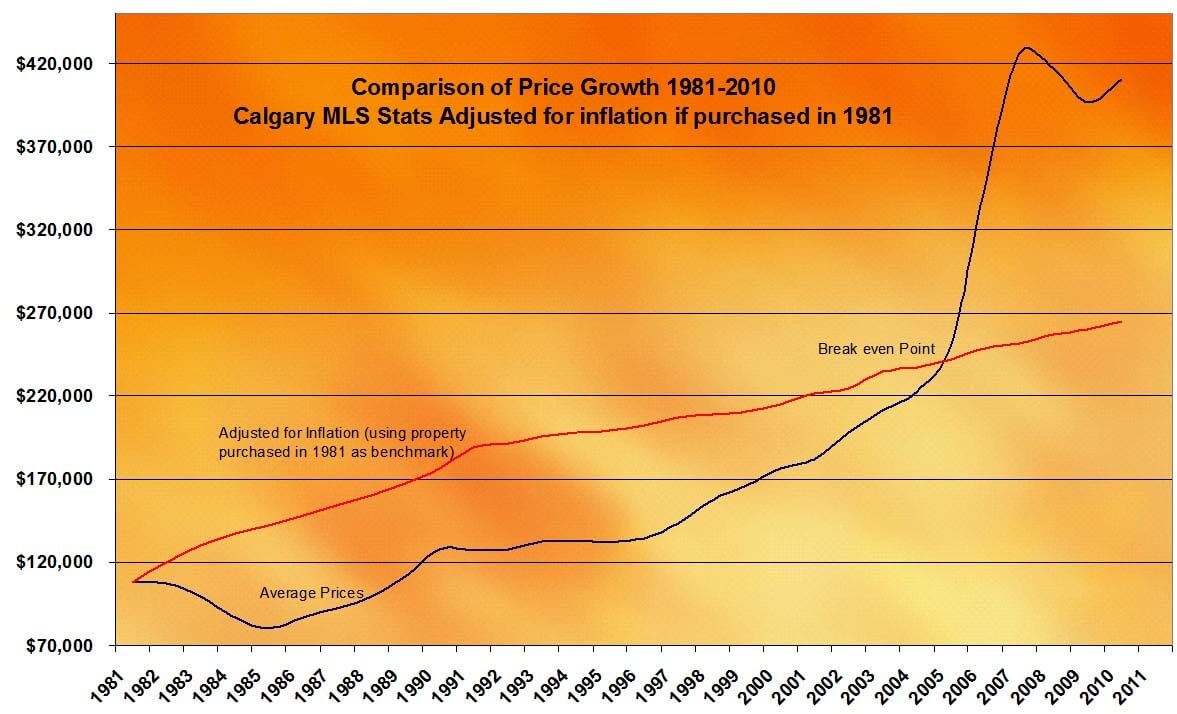 The moral of my research is that if you bought a piece of property in 1981 and you listened to your feelings in contrast to knowing how money actually works, then you would have been waiting for 24 years before your investment broke even. It’s not a typo, it took until 2005 for real estate prices in Calgary to return to 1981 levels after factoring in inflation.

According to many experts, our current recession is much more severe than the one we experienced in the 1980’s. Perhaps on a severity scale, it’s next in line after the great depression of the 1930’s.

Will it take another 24 years or maybe even more for prices to recover? Have prices began rising or are they further dropping? The honest answer to that is we just have to wait and see and make our best predictions on the past.

Now that you have the facts, is it really worth it to take the risk to wait or it might be time to move on with your life and live your future? Just to clarify and not be mistaken, I am not suggesting that real estate prices will either fall or rise.

All I am trying to shine the light on is that you need to have an open perspective and make your decisions by rationalizing the facts against all speculation and emotional thinking. Be sure to be selective where you receive your advice from.

As always, you can rely on us to help you with your real estate needs and questions regarding the Calgary real estate market.Your Calgary Real Estate Market Realtor®.