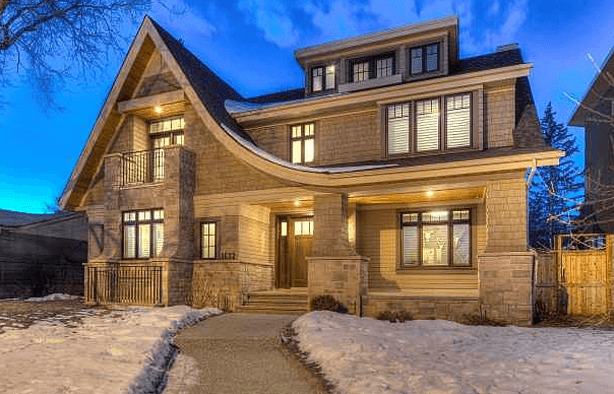 The RE/MAX Upper-End Report examined 16 different markets for residential housing and concluded that Calgary was far away from the best performer. Compared to the same period in 2012, the number of sold luxury homes went up nearly 50%. 172 homes sold for more than $1 million in the first three months of 2013, compared with 115 during the same period last year.

Sotheby's International Realty Canada released a similar report which also showed Calgary's luxury home market continues to outperform the rest of the country. Most of the demand is driven by younger buyers in the 35-40 age range.

Most of the high-value homes in Calgary were purchased by Canadians, and Calgary turned out to have the lowest degree of foreign investment of any urban market. Whereas Vancouver has a high percentage of foreign investors buying luxury properties, the Sotheby's report showed 85 percent of $2 million and up homes in Calgary were bought by Canadians. In Vancouver, 40 percent of homes in this category were purchased by buyers from outside Canada.

Regardless of the buyer's home country, Calgary's luxury home market actually represents a relative bargain for buyers willing to spend the money needed to enter it.

According to CREB, going by property size reveals that relative to the previous record luxury home year of 2007, home buyers are getting more property for the money than they did in 2007.

Calgary's market has already seen a number of high profile sales, including but certainly not limited to the former captain of the Calgary Flames Jarome Iginla's 5000 sq ft Elboya home. That one sold for just shy of $4 million after having been on the market for a single day, but it was not the highest-price sale so far. An Aspen Woods home sale in March became the new MLSA sale price record, coming in at $10.35 million and topping the $10.3 million that former goaltender for the Flames, Mike Vernon, got for his Elbow Park home.

Spurring million dollar home sales in Calgary have been many of the same factors boosting growth in other parts of the market as well. Overall real estate sales in the city have increased almost 15 percent even in the face of a 6.5 percent reduction in listings, a fact that CREB attributed to a number of buyer-friendly factors: employment growth, favourable mortgage rates, and migration growth. After the first quarter of 2013, sales went up in all sufficiently supplied areas of the real estate market within Calgary city limits.