Chinook Centre in Calgary is Planning to Grow 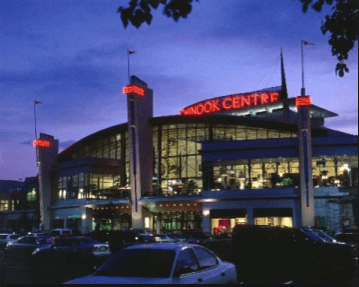 Chinook Centre is planning a new development set on a lot at the corner of 61st Avenue S.W. with Macleod Trail, providing office space, residential units, a hotel and also retail space.

The new plans are in its final design stages, with an upcoming presentation of the building data featuring information regarding office and residential areas being shown Thursday at the Calgary Planning Commission meeting.

What's more, the centre has already received the approval from the corporate planning applications group, a local support group from Calgary, so it seems that everything is on track.

Cadillac Fairview, the owner of the planned mixed-use development, sees the land-use amendment as a crucial positive step towards the modernization of the Calgary real estate. Also, the development will bring a friendly urban approach and will enhance the transit of vehicles in the area. Plus, the centre will have a new modern look which will ultimately benefit the whole community, with its well thought public spaces.

The new plan will include numerous types of uses, such as residential, office, retail space and a hotel. The complex will feature complex progressive architectural elements that will add a fresh look to the already built environment and the nearby homes in Calgary.

In an interview conducted by the Calgary Herald, Wayne Barwise, vice-president of Cadillac Fairview, said that he is very proud of the proposed Chinook Centre, saying that it has great potential and will be embraced by the community once it is built.

Also, the company is very optimistic and the future development will be one of their best investments in the area. They say that Calgarians will be proud of the new centre and it will also stand out as a focal point in the local urban scene.

The company also wants to modernize the whole Chinook site, which was overlooked in the first council meeting in 2008. The principles used for modernization will be focused on bringing value to the community and the whole area.

This is quite understandable, as the total Chinook Centre site area is over 22 hectares and the mall itself is estimated at over 1.7 million square feet. They also confirmed that the project will allow the building of several mid and highrise buildings, as well as towers.

Finally, the company will focus firstly on developing the southeast area of the lot, at the corner of Macleod Trail with 61st Avenue S.W. In the proposal, the site will feature a mixed-use development, together with a pedestrian street, which will add a great urban feel to the area.

The development is situated on a lot estimated at around 12 acres. According to the submission sent to the city officials, the centre will feature retail, entertainment, services and retail spaces, as well as easy access to the underground parking.

The centre will boast vast outdoor as well as indoor public areas. The nearby area will also be redesigned, bringing value to the community and the pedestrian areas. Also, existing car parking will be replaced in the next upcoming phases of the project with various mid to high rise buildings. The development is expected to bring new real estate buyers in the area and ultimately raise the price of houses for sale in Calgary.