Whew....! Who would have thought that after years of traffic nightmares and confusing detours this project will come to an end? 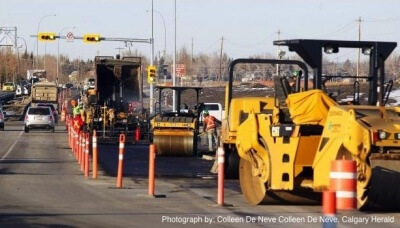 A few weeks ago I attempted to give the S.E. ring road a try when I found myself being detoured into an industrial area of Calgary and spent an extra 30 minutes finding my way back to where I was supposed to be heading.

I am sure I am not the only one who experienced this level of frustration for the last couple of years. But now, we can celebrate and appreciate this new road as one of our many blessings in Calgary.

What is this really mean to homeowners living in SE Calgary?

Other than faster commuting time and getting stuck in traffic less often it could also mean an increase in property values for homes located near the newly completed section of the Ring Road. Some of the communities affected will be such as Cranston, Auburn Bay, Copperfield, McKenzie Towne and all other neighbourhoods that are located on the outskirts of Calgary.

It isn't an exact science, so it's rather difficult to predict how much home values are going to increase by in Calgary's satellite communities. But history shows that any improvements made to local infrastructure always increase real estate prices.

The two primary reason why home values going to increase in the affected communities is that it involves homeowner's time and improvement of surroundings.

In today's world, we often tend to measure everything in hours and minutes. Business owners charge by the hour for the services they provide and relationships are also being qualified by the amount of time we spend with each other.

In other words, just as the old saying goes: "Time is Money" now that we can spend less time away from home and spend more time with our children, new home buyers across Calgary will consider these suburb communities as their new place to go home to since travel time becomes less of an issue.

Second, when you make an improvement to anything, it's almost guaranteed that its value is going to increase. Similar to renovating your kitchen or replacing old bathrooms. As soon as you spend money on making something newer, more enjoyable or convenient, it's going to be worth more money.

When the City of Calgary or the Province of Alberta makes an improvement to the surrounding infrastructure near your house, it is going to have a direct impact on your home's value.

What About the S.W. Ring Road in Calgary?

Although we haven't come a full circle yet or the Ring Road is far from being fully finished as the S.W. portion of the construction remains a slight mystery still.

But the good news is the Province of Alberta managed to strike a deal with the Tsuu 'Tina members after decades of negotiations. The province has agreed to pay $340 million dollars and trade a significant amount of land with the members. It won't be a quick project to complete, but once the federal government approves of the deal and signs off on it, traffic is expected to begin flowing in about 7-8 years.