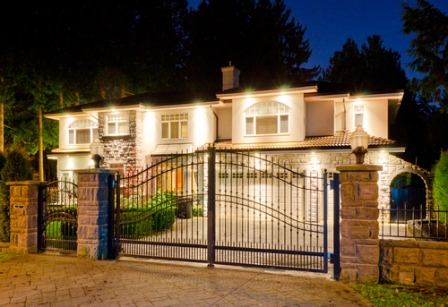 A new report by RE/MAX released on Tuesday states that the sales of Luxury Homes in Calgary increased 50% as compared to the sales a year ago. This is the best percentage increase across all significant markets in Canada.

According to a report on high-end market trends published in this year, this increase follows the general uptrend in the market and it shows the confidence home buyers have while investing in homes in Calgary.

The first three months of this year saw sales of 172 luxury homes in the city with 150 being free-standing houses and the rest being condominiums.

Lowell Martens who works with RE/MAX Mountain View in Calgary states that there has been a sharp increase in the sales of upper-end properties. His opinion is that this is an expression of buyer’s confidence. The prices that are being paid also reflect this statement.

The report is also indicative of the future trends in Alberta as well as Calgary, which is the main reason why people are still confident in buying houses in the city, even at prices which are significantly higher than those for similar homes at other locations.

The inner city of Calgary remains the most sought after and it includes Elbow Park, West-Hillhurst and Killarney.

Many purchasers including international buyers, locals and people from outside the province, are interested in Calgary’s housing market. The purchasers are very optimistic but cautious and take sufficient time to make their decision to move forward.

In spite of the increasing demand, there have been very few cases of multiple offers being made for a particular property. The only exceptions are the high-end properties located near the inner core and which have been in existence for some time, like Wildwood and Lakeview.

A welcome sign is the renewed interest in certain properties that could hardly attract any inquiries during the economic crisis. The recent uptrend has also been witness to the most expensive property deal ever in Calgary. A home measuring 9,300 square feet in Aspen Woods which was first advertised in 2011 was sold at a price of $ 10.35 million surpassing the earlier record by $50,000.

The report further says that most of the luxury homes sold in Calgary are in the price range of one million to one and a half million dollars. This marginally exceeds 70% of the total luxury home sales.

Nearly equal number of buyers go in for newer homes as compared to those going in for homes which have been in existence for some time. People are also willing to knock down, rebuild or totally renovate properties. If the current trends in sales of luxury properties continue, 2013 could well be the best year for such sales.

The last two years have been really good for the luxury home market at Calgary. The Real Estate Board at Calgary confirms that for the year ending 28th April, 228 properties valued over one million dollars each have been sold as compared to 160 for the immediately preceding year. The sales of a luxury home have been the most popular in the communities of Glencoe, Elbow Park, River Park, Altadore, Springbank Hill, West Hillhurst, Aspen Woods, Elboya, Eau Clare, Lakeview Village, Discovery Ridge, West Springs, Mount Royal.

The maximum number of luxury homes sold ever was in the last year and aggregated 544 as compared to the previous record set in 2007 when 458 similar homes were sold.

The home belonging to Jarome Iginla, former captain of Calgary Flames, situated in southwest Elboya was sold for its full list price within a day.

RE/MAX reported in Edmonton as the next best market for luxury properties in the first three months of this year with the markets of Regina, Saskatoon, Winnipeg, St. Thomas as well as Quebec City, witnessing varying increases.

Elton Ash, who is the regional executive vice-president of RE/MAX in Western Canada concludes that the state of the luxury property segment is quite encouraging particularly when viewed against the backdrop of sales in the past years.