Mortgages in Canada vs. the U.S. 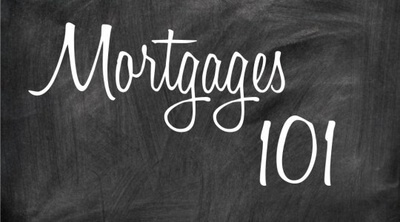 The housing market is a hot topic that never ceases to draw in arguments by Canadians as well as residents in the United States.

Which side are you on? Do you think that the United States has it all wrong with their mortgage system?

Or do you think that Canada needs to re-think what they are doing with the terms of purchasing a home? Whether or not you agree with the housing market in the United States or Canada, it's important to look at the facts to really understand more about them. After all, neither of them is perfect when it comes to what they have to offer.

A lot of people think that the Canadian housing market is the holy grail for mortgages because they don't have fixed 30-year mortgages like the United States does.

While they may not have the same terms, that doesn't mean that the borrower is the one who reaps all of the benefits. It's important to realize that Canada's standard mortgages are actually five-year mortgages that are amortized over twenty-five years.

So, if you had or have a mortgage in Canada, you would have to get it refinanced once the end of your first five years has passed. Unfortunately, this may not be beneficial for you, especially if there is an increase in rates from the bank.

Something else a lot of people doesn't realize about mortgages in Canada is that they are extremely creditor-friendly. In fact, if you decide you don't want to pay your mortgage, the creditor can go after your assets, and that doesn't only mean the actual house itself.

This is far different from how it is in the United States, especially since they make foreclosures extremely complicated and time-consuming for the creditor. There are even 11 states that absolutely don't allow the creditor to go after the assets of the borrower.

So, how does this type of mortgage sound to you? A lot of people think that the Canadian system should be adopted by the United States, but there are just as many who are opposed to that idea.

After all, there is a lot of risks involved when you have to refinance after the end of that five years. But, something else to think about is that mortgages in Canada can be applied to new homes, which means that you can transfer what you've paid to your old mortgage if you move before your five-year term is up.

If you plan on buying a more expensive home, then you would simply take out a new loan for the rest that is owed.

Last, but not least, Canadian banks don't have free reign on the terms of their mortgages and don't have access to high levels of private-label securitization. This means there is someone watching over their shoulder and they can't offer all those crazy mortgages that you hear being given in the U.S. In fact, securitization in Canada never exceeded 3% during the housing market crisis in 2007, whereas it went to 40% in the United States at the same time.

So now that you know a little bit more about Canadian mortgages, you might be wondering about United States mortgages!

A lot of people say these are terrible, and that is true for a lot of them, but definitely not all of them. It's important to differentiate between the good and bad mortgages in the United States because they aren't all bad as they may seem.

The United States has had a lot of issues with mortgages that are given by big banks. This is because those banks have been giving deceitful and tricky mortgages with terms that most borrowers don't understand. This ultimately causes them to go into default and has resulted in the drop of the housing market in recent years.

It's needless to say that the system has been obviously flawed, especially since the housing crash had such a major impact in the country and world. When you compare these mortgages to those in Canada, you'll see that Canada has tighter regulations as well as much more government supervision.

With that being said, the mortgages that are offered in the United States are not all bad! In fact, traditional fixed 30-year mortgages actually favour the borrower.

These loans lock in an interest rate for them, and that won't change unless they decide to refinance in the future. In addition to this, when these mortgages are written in the terms that are fair and regulated, borrowers are more likely to stay in their homes by making payments on-time each month.

Is either of the mortgage markets in the U.S. or Canada perfect? Absolutely not! There are a lot of changes that could make both of them better, but the debate is sure to continue well into the future. Because buying a home is such a huge investment for anyone to make, it's important to do research before signing on the dotted line. This can save you from making a huge mistake with a subprime loan in the United States or agreeing to a mortgage in Canada that you don't quite understand.

Remember, the grass isn't always greener on the other side, and it's important to know what you're getting into before you make any huge financial decision like taking out a mortgage!