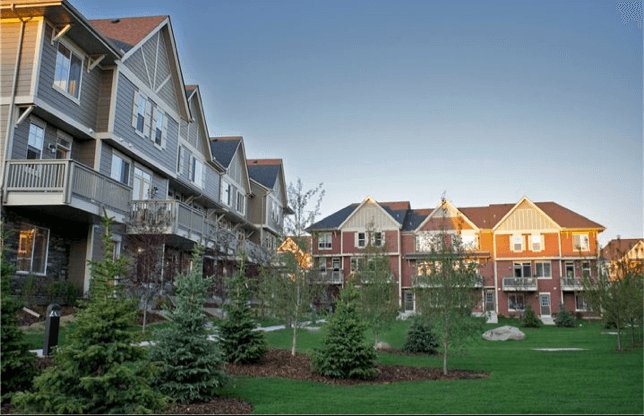 Developers and residents alike are about to experience a dramatic change to the state of houses for sale in Calgary.

With the City of Calgary committed to doing something about the problem of sprawl the housing market is set for one of its biggest changes in decades. In the past spread out, single-family homes dominated Calgary but according to a new report that is about to change dramatically. As you will see the effects of these changes will be both rapid and highly significant for anyone buying or building a home in Calgary.

The 2013 Suburban Residential Growth report published by the City of Calgary forecasts that the population of the city will grow by 30,387 people over the coming year. Over the same time, period housing stock is expected to grow by 4,365 multi-family units and 6,695 single family units. So next year we can expect roughly 60.5% of all new housing starts to be single-family homes.

In the four to six year predictions from the same study, these trends become even worse, with only 36% of all homes being built predicted to being the single-family type. So why is there such a dramatic change planned for the residents of Calgary? The reason is not to do with a shift in tastes towards multi-family homes, but rather has to do with how city hall sees the future of the city.

Eager to raise the prices of single-family homes in the suburbs it is actively working to decrease the available supply of properties. And as anyone who has studied economics knows, when supply decreases and demand remains constant, prices inevitably rise. The unintended consequence is to make single-family homes unaffordable for many home buyers in Calgary and in turn force them to opt for one of the newly developed multi-family homes.

This push for multi-family housing is no surprise for city hall watchers. City of Calgary's head planner Robbin Stanley "doesn't do suburbs" and the desire to end Calgary's notorious sprawl is well acknowledged. One of the major concerns by City Hall is that their policies rather than creating higher urban densification will instead lead to more people heading to the suburbs.

By naturally forcing up the price of housing in the surrounding communities the hope is that condominiums in downtown Calgary will be more attractive and lead to more people moving to the inner city. But an equally likely consequence is a rise in inner-city housing prices in line with those in surrounding bedroom communities.

Not all of Calgary's residents are going to want to live in a condo. And with a relatively young population with plenty of new families looking for more space, the unforeseen consequences of City Hall’s policies may be dramatic.