The beauty and the beast go hand-in-hand for many residents of Alberta. Real estate prices in Calgary are once again escalating beyond old-time records. Yet the flip side of the coin is showing some serious concerns regarding people digging themselves a huge financial hole as they are accumulating more debt at an alarming rate. 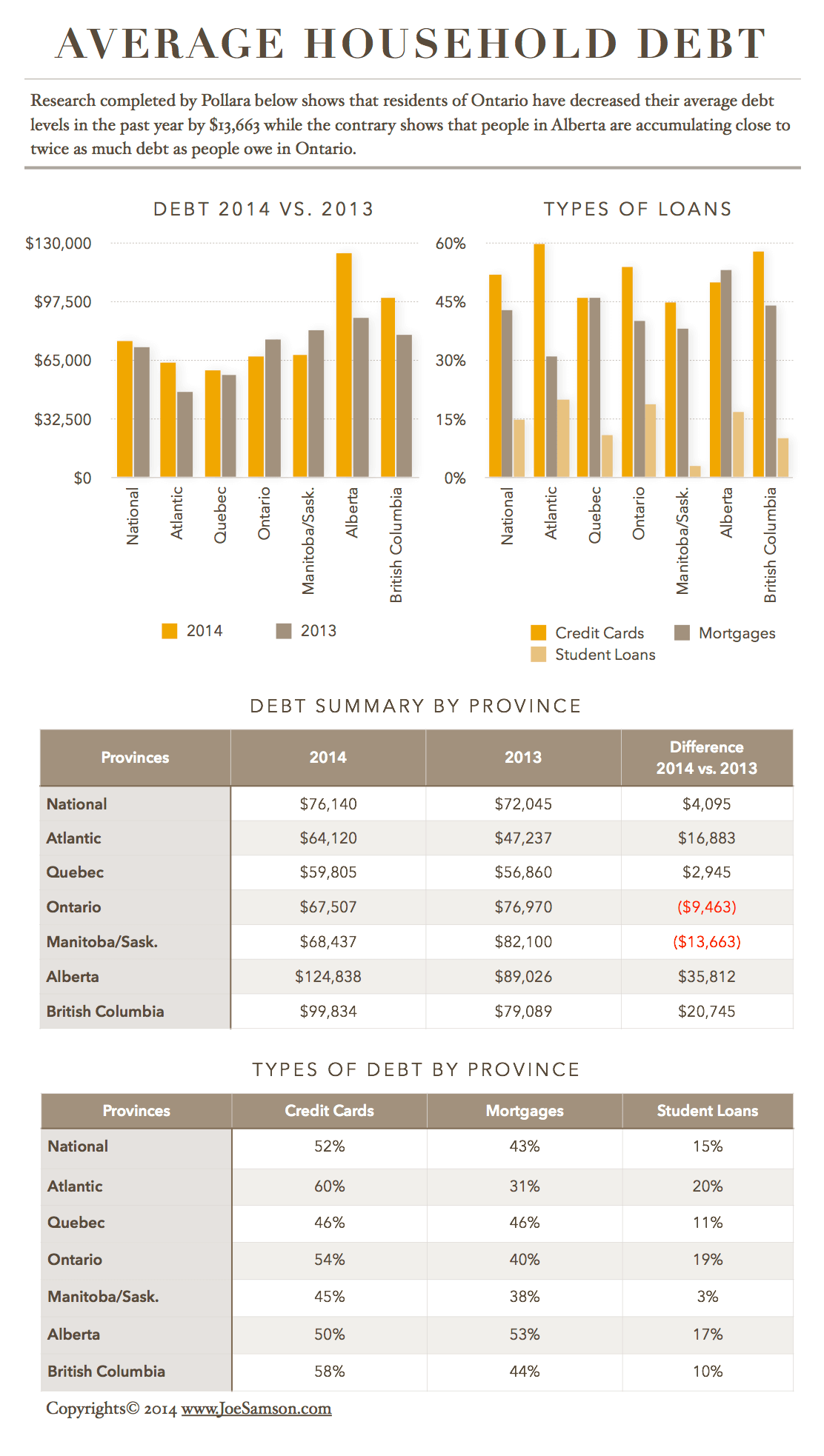 How much debt do you currently have combined in your household, including your credit cards, mortgages and any other debts that you've built up? Most people have at least some debt, and the recent Annual Debt Report by BMO found that the number is only increasing for the average family.

If you looked at your debt from this year to last year, would you see an increase for yourself? The fact is, the debt for an average household in Canada from 2013-2014 increased over $4,000, to $76,140. There are some areas in Canada that have surpassed that national average, and some that are under it as well.

Take a look at the average household debts for the different areas throughout Canada that are listed above. Once you do that, you can compare your own household to that and see where you fall. This could show you that you're on track with other households, or that you need to do some work to cut down on your debts in the future. Every situation is different.

Increases and Decreases in Average Debt

When it comes to the area that has seen the greatest increase in debt, Alberta is leading the way. They surpassed the national average, with debts that contain a mix of everything from mortgages to student loans. The higher amount of average household debt for Alberta in 2014 rose to over $124,000, which is up from $89,000 in 2013. Of course, the reason for this jump is easy to see, as the economy in Alberta is booming and homes are rising in price quite rapidly.

While increases were quite common in many areas throughout Canada, some places actually saw decreases. For example, residents who live in the Prairies were able to cut down on the amount of money that they owe by $13,000 on average.

Now the average household debt is $68,000 in 2014, while last year it was over $82,000. The economy is not booming in the Prairies like it is in Alberta or Calgary, so most people focused throughout the year on paying off their existing debt rather than moving into a new home to keep up with the economy.

The same BMO Debt Report also focused on the types of debts that Canadians have taken on, and what they have been paying off rather than building up. If you have a mortgage debt, then you're not alone. Over 40% of Canadians have this same debt, and this is an increase from previous years.

But this can be attributed to the booming housing market and the increase in young adults who are taking advantage of the first-time buyers' programs that are available. In addition to this, more than 50% of people have credit card debt, but the number of people does have actually decreased by 4%. Do you have a student loan in addition to other debts? You're not alone with this as well because 15% of households in Canada also have this very same type of debt they are working towards paying off.

If you're interested in trying to cut down on anything from your student loans to your mortgage, then it's important to set a budget in place so you can reach your goals. This can be difficult for most people who don't have expert knowledge of how interest rates work, which is why it's a great idea to speak with a financial planner.

A financial planner can take a look at your finances as a whole, and then give you advice on everything from whether you should have a shorter amortization for your mortgage or get a different type of credit card. Their advice can make a huge difference in your average debt in the year 2015, so it's worth trying out. Even small changes could end up making a big overall difference for you, so make changes now to gain the advantage. 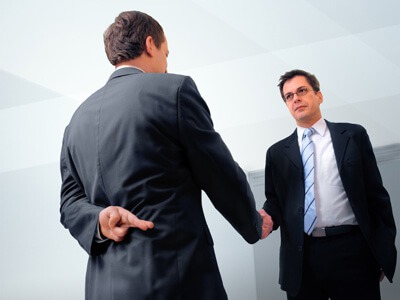 Uncover the Hidden Costs of Mortgages

It's no secret that there are still some very low mortgage rates available right now, and that can be tempting to anyone who wants to get a great ...Read More